newblue titler pro 4
Autodesk AutoCAD 2015
A nanosatellite to be constructed as part of the project will feature a Finnish platform and radio transmitter. As the number of satellites and the speed required for data communications increase, transition to higher frequencies will become a necessity in the near future. The test flight will be carried out using a cost-effective CubeSat satellite. The Finnish-made satellite weighs less than 5 kg, and its launch into space is scheduled to take place during The satellite’s mission is to send, for the first time in history, such a high-frequency signal from space to Earth. 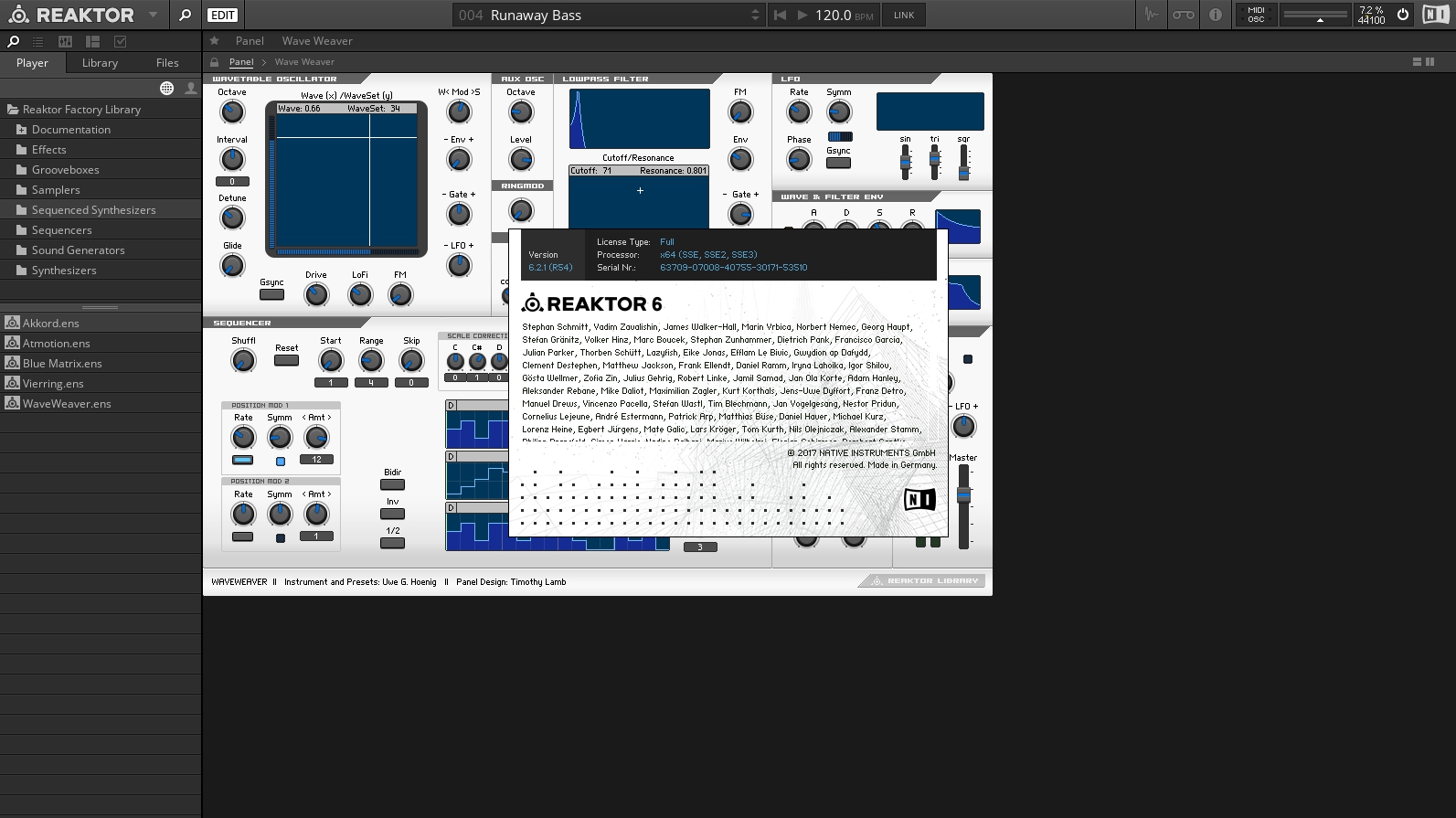 The main Panel stays tidy as all patching is in the Structure. After 10 years with no major updates, Reaktor bursts back into the spotlight with the ultimate virtual modular rack. Despite being a foundation of the Native Instruments product range, Reaktor has taken a back seat in the last few years, playing a supporting role as the framework for other synths like Razor and Monark.

Version 4 took a step further away from the accessible with Core: This gave DSP programmers the tools to create some remarkable instruments eg. So it was unexpected and exciting when Reaktor 6 emerged with Blocks: First Reaktions Reaktor 6 immediately strikes you as cleaner, sharper and nicer to look at.

The previous-generation interface shared with Kontakt is replaced with the modern flat stylings of Maschine and Komplete Kontrol. The sidebar with the Browser, Inspector, Snapshots and so on is far better organised and easier to use. Just like Maschine, you can flip between User and Factory lists within each tab instead of visiting separate areas. The library itself has had a reorganisation, with years of accumulated ensembles and instruments sorted into a consolidated hierarchy.

Blocks But Reaktor 6 is not just a cosmetic refurb, it has a major new feature: The best way to start exploring Blocks is with the collection of ready-made creations that live in their own folder alongside the main library. The panels look fantastic, and the sound is amazing. And, just as important for modular fun, there are sequencers, clock dividers, quantisers, and sample and hold modules for generating unpredictable rhythmic and melodic movement. Prepare to lose a few happy hours enjoying the depth, range and solidity of sound, and randomly modifying these presets.

I went so far down the rabbit hole the first week I found myself dreaming about connecting little wires! The Panel view comprises movable modules of standardised heights that all slot together into rows — so far so Euro. However, no cable patching happens directly on the panels; interconnections are made in the Structure view. Most modules have two modulation inputs, with modulation depth set on the panels for each parameter individually.

This all actually makes for a more flexible, and certainly more tidy, system than the hardware equivalent. Assembling your own creations is essentially the same as patching a modular synth, except you can start from scratch with whatever modules you want.

Fairly quickly I was starting to put together some modest synths, with a bit of experimentation and reference to the example instruments. The factory library contains a good selection of Blocks divided into several categories: You then have Utility Blocks, and several more characterful modules in the Boutique, Modern and Monark folders, the last of which holds the essential components of the Monark Minimoog emulation in modular form.

Some effects Blocks have also been included, in the shape of the Reverb and Delay sections from Rounds, and the Driver filter and distortion processor. My first Blocks synth made from bits of Moog. This arrangement has allowed NI to contrive this new system without fundamentally changing Reaktor.

First, connections between Instruments are monophonic. A traditional Reaktor synth has all its component parts living within an Instrument, with the component modules and macros and their interconnections able to operate as multiple parallel voices. The Blocks layer exists outside this polyphonic universe. So you can store different sounds that all share the same cabling, but to store a sound that employs different patching requires saving as a new Ensemble.

In Development While Blocks appears to bias this Reaktor update towards the casual user, instrument builders have not been entirely left out. Like the instrument library, the developer library of modules, macros and operations has undergone a thorough spring cleaning.

Many Core macros have been optimised for better sound quality and performance. The collection of components known as Classic Modular, which was an earlier attempt to create a standardised group of building blocks for analog synth creation, has been dissolved into the main library. There are also some new features and objects offering both efficiencies and fresh possibilities for developing in Reaktor.

Table Reference is a new signal type that allows access and distribution of data from arrays to anywhere in a Structure. Used in conjunction with updated sampler macros this paves the way for a new generation of samplers and sample manipulators in Reaktor. The new objects also provide for drag-and-drop import of samples.

Scoped Buses allow point-to-point connections to be made between places on any layer of a Structure. Finally, Core Cells are no longer categorised as Audio or Event processes. Names and basic values can now be edited directly in the Structure, and panel objects no longer have to be constrained to a grid, freeing you to make your creations look exactly as you imagined them.

In particular, integration of a scripting language would help serious developers who sometimes feel the restrictions of a purely visual-based approach. Blocks opens up a whole new way for the more casual user to create their own incredible-sounding synth creations. One of the most exciting parts of the Blocks concept is that it will keep growing with new modules, just like the Eurorack scene.

Not all is perfect: Some will be disappointed that Blocks are essentially monophonic, like the modular synths they emulate. Alternatives In its early days Reaktor was the only synth environment that could run on off-the-shelf computers instead of custom DSP hardware.

FL Flowstone formerly SynthMaker is interesting as a visual programming environment for creating synths and effects because it can compile out as stand-alone VST plug-ins. But, really, Reaktor is unique in its scope as a multi-platform plug-in and stand-alone platform with an open and ever-growing ecosystem of available instruments and modules. Community Spirit One of the great strengths of Reaktor is its user community, which has generated thousands of instruments, utilities and modules over the years.

Blocks has given the community a new lease of life, and there are already dozens of user-created Block modules free to download. This is partly down to the clear framework, templates and components provided by NI from the outset, and also thanks to a handful of talented and prolific builders eg.

I soon discovered that there is no factory module that can take the pitch data generated by Blocks like Seq 8 and pipe it out to the world. A very quick search of the user library found a Block created by Phil Durrant that did the job.

On the creative side examples include a fantastic Wave table oscillator, which is a Blocks treatment of the classic Reaktor OKI Computer oscillator, with more coming every day.

The v. NI describes the new modules as follows: Duality OSC is a dual oscillator that adds innovative wave-shaping to Blocks. It offers phase-, frequency-, amplitude-, and timbre-modulation, and is ideal for growling basses, vibrant leads, and rich percussion. Shift Sequencer is an unconventional step sequencer. It has independent sequence-length and direction controls for pitch, octave, velocity, hold, and gate, making polyrhythmic sequencing easy. It enables complex stepped modulation, perfect for electronic music.