lynda com 3ds max 2016 essential training
Buy Cheap OEM Software
Works with All Windows versions Users choice! Disclaimer Reason is a product developed by Propellerhead Software. This site is not directly affiliated with Propellerhead Software. All trademarks, registered trademarks, product names and company names or logos mentioned herein are the property of their respective owners. All informations about programs or games on this website have been found in open sources on the Internet. 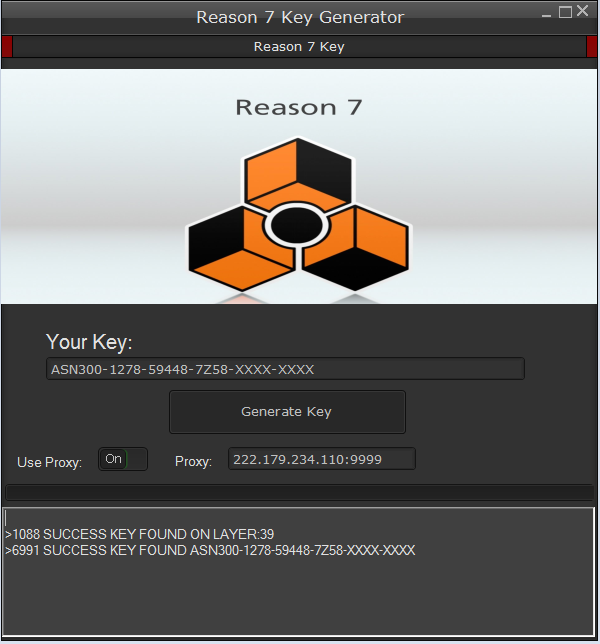 Seven Reasons to Upgrade to Windows 7

Reason 1: It’s really just an updated version of Windows Vista. That’s right; Windows 7 is kind of like a service pack on steroids for Windows Vista.

The good thing about being an incremental release is that there are no big underlying changes. Whereas Windows Vista generated lots of complaints about incompatible older software and hardware, that’s not going to be a problem with Windows 7. Since the code base is essentially the same, if you have a system that works with Windows Vista, everything should also work perfectly with Windows 7.

This makes it a no-brainer upgrade for Vista users; if Vista is working fine for you, Windows 7 should work fine, too. Not only should Windows 7 be compatible with everything Vista, it promises to be more compatible than Vista was with older XP-era software and hardware. Again, think of Win7 as a Vista service pack; service packs almost always enhance compatibility. Microsoft has had a few years to add more programs and devices to the compatibility list, and that makes Windows 7 a more compatible operating system.

So all those “unknown devices” you had when you upgraded from XP to Vista should be recognized right out of the box with Windows 7. No more manual driver updates; expect the Windows 7 installation to be a lot smoother than what you had with Vista.

Even better, Windows 7 loads and runs noticeably faster than Vista did. Again, this is a side effect of being an incremental upgrade; Microsoft had the time to tweak things to make them run just a little better in the new operating system.

Where Vista made many older PCs feel sluggish, you should find that Windows 7 installs faster, loads faster, and feels “snappier” in normal day-to-day operation.

That’s no small thing. In short, operation-wise, Windows 7 is what Windows Vista should have been out of the box. So if you’ve been waiting to upgrade from XP to Vista, upgrading directly to Windows 7 is the way to go. Reason 2: You won’t know the difference because programs running in virtual mode look and feel just like normal Windows 7 applications; no separate OS windows are necessary. Instead, it will be available as a free download for users of the Professional, Enterprise, and Ultimate editions of Windows 7.

If full compatibility with Windows XP apps is essential for you, make sure that you upgrade to one of these versions. Reason 3: The Windows 7 Taskbar Here’s my favorite new thing about Windows 7 which, admittedly, might take some getting used to.

It’s the new Windows 7 Taskbar, which looks and works much differently from any Windows Taskbar you’ve used before. In previous version of Windows, the Taskbar existed to “hold” applications or documents that were currently open. That is, if you had an Excel worksheet open, a button for that worksheet would appear on the Taskbar.

With multiple windows open, you could switch between windows by clicking that windows’ button on the Taskbar. When a document or application closed, its Taskbar button disappeared. In this regard, it’s kind of like a blend of the old Taskbar and the Quick Launch toolbar, which was featured in Windows XP but pretty much ignored by the time Windows Vista rolled around. Each button on the Taskbar has additional functionality, as well.

Right-click a Taskbar button for either an open or closed application; you then see a Jump List, essentially a pop-up menu of recent documents and additional program functionality. There’s more involved with the Win7 Taskbar, but you get the idea. Windows 7 packs a lot of functionality into that thin strip at the bottom of the screen, making the Taskbar much more useful than it’s ever been.

Yes, it takes some getting used to; it works much differently from previous Taskbars. But the added functionality makes it worth the effort. Reason 4: New to Windows 7 are some cool windows-management features that you can use with your mouse, your keyboard, or if you have a touch screen PC , your fingers.

For example, the new Aero Peek feature is useful when you’re working with multiple open windows. Want to see what’s on the desktop below all those windows? You no longer have to minimize them all; just hover over the Aero Peek button at the far right of the Taskbar; the windows go clear, and the desktop becomes visible.

Aero Peek is also activated when you hover over a Taskbar thumbnail; the window for that thumbnail is highlighted, and all other windows are made transparent. It’s kind of neat. Also new is Aero Snap, a way to quickly maximize and dock windows to the sides of your desktop. Quickly drag a window to the top of the screen, and it maximizes full screen.

Even neater, you can drag one window to the left side of the screen and another to the right, and you get a perfect side-by-side setup. Aero Snap can also be enabled with keyboard shortcuts, and is perfect for touch screen use. Finally, Aero Shake lets you minimize all open windows save one by “shaking” the current window with your mouse or finger.

The window you shake stays open while everything else minimizes. Reason 5: UAC came with good intentions, a way to reduce virus infections, and spyware intrusions, but ultimately just got in the way by asking the user to approve too many mundane actions.

I found it much more acceptable to risk infection and turn the darned thing off. Microsoft heard your complaints and rejigged UAC in Windows 7 to be much less intrusive. In fact, you’ll hardly know it’s there; about the only confirmation dialogs you’ll see are when you’re installing new hardware or software on your system. Some critics are saying that this makes Win7 less secure than Vista, but I think it makes it more usable. Less nagging is a good thing.

Reason 6: You Can De-Microsoft It Microsoft caught a lot of flack over the years by throwing all sorts of non-essential applications into Windows and calling them part of the operating system.

Sorry, Microsoft, email programs and video editors are not core operating system components. Nice of you to include them for free , but better apps are often available elsewhere. Whether for legal or other reasons, Microsoft decided to not include some of those apps in Windows 7. Oh, Microsoft still supplies apps such as Mail, Photo Gallery, Movie Maker, and the like, but you have to download them manually for free, still as part of what Microsoft is now calling Windows Live Essentials.

They’re no longer installed as part of Windows, which frees up hard disk space for those apps that you either never used or replaced with something better.

Along the same lines, Microsoft now makes it easy for you to specify competing applications as default programs in Windows.

Don’t want to use Internet Explorer as your web browser? No problem; a few clicks of the mouse and you can configure Windows 7 to use Google Chrome or Mozilla Firefox as your default browser instead. There’s a Default Programs button right on the Start menu; this opens a window that lets you configure all the default applications on your system.

You’re no longer locked into Microsoft apps; instead, you can set your favorite non-Microsoft applications as the system’s defaults. Choice is good. Reason 7: Revamped Apps Finally, Windows 7 offers some major upgrades to some of those little applications that you might not use that often, but still kind of need.

If you use these apps at all, you’ll appreciate the updates. Oh, and Microsoft has done away with the intrusive Sidebar introduced in Vista; instead it lets you place individual Gadgets directly on the desktop. That frees up more desktop space while still providing specific functionality. Good deal.